“The narrative structure attempts to be free from the more traditional linear progression. The focus is in producing Multiple Telling with Multiple Offering.”

On September 2nd, 2016, I visited the Berkeley Art Museum and Pacific Film Archive.

There, I encountered many of Theresa Hak Kyung Cha’s (1951–1982) archival pieces, including her work in book arts such as Pomegranate Offering and Father/Mother, a glass jar piece that felt like a small universe, poems on cards and envelopes she sent to friends and family via mail, and striking film work such as Exilée and Permutations. Her voice – soft and intimate – reverberated throughout the room. Above, the book Father/Mother is bound by a thin red string. When you open the piece, you see alternating images of Cha’s parents – printed in bright blue and pink ink. Held on its side, the book opens like a fan. Much of her work opens like this – with generosity, a kind of “Multiple Offering” as she writes. I’ve written about Cha’s influence on me as a poet in Literary Hub – in particular, the permission she gave me to create constellations of memory. This visit to her archives was timely; in 1982, Cha was tragically murdered in New York City. At the time, she was 31 years old and I too am 31. I felt a strong pull toward her in this year of my life. Cha is part of my creative lineage and I celebrate the conversations I have with her – across time and space. When taking notes on her work, I turned to a blank page in my notebook and noticed it had a large piece missing from the top corner. This tear took me by surprise. In DICTEE, Cha writes: “The memory is the entire. The longing in the face of the lost. Maintains the missing.” How strange, this missing corner, now full. Below are two pieces in conversation with Cha: “Our Barter” and “Can’t Speak.” 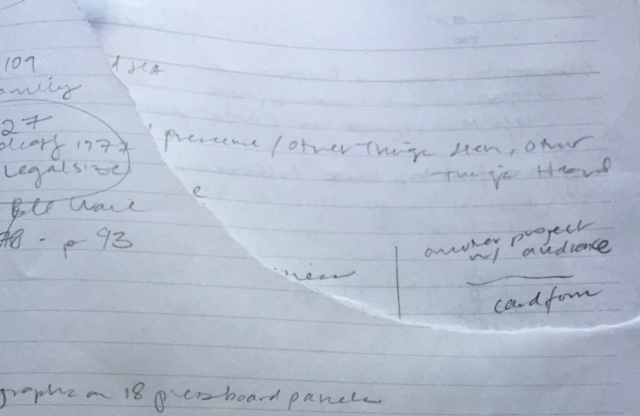 If I ring a bowl of water, where will the sound go?

What light will carry us across these shores?

To wade, to wait upon, to wax and wan until we are wanted?

What have we forgotten?

Each morning, the starting out, the ant crawling out of the sink.

We live here too.

Wax melts away each word we say.

Do you have the time it takes for a fire to be put out?

Is there any country without fear?

A cloud fills the screen, or is it smoke?

The blind sees, the blind sea, you say. Aveugle Voix.

I am clearing a forest in order to see you better.

What can you see?

For this, I give you this.

Let us throw everything we know into the ocean.

Let us listen to its churning: our curious grief. 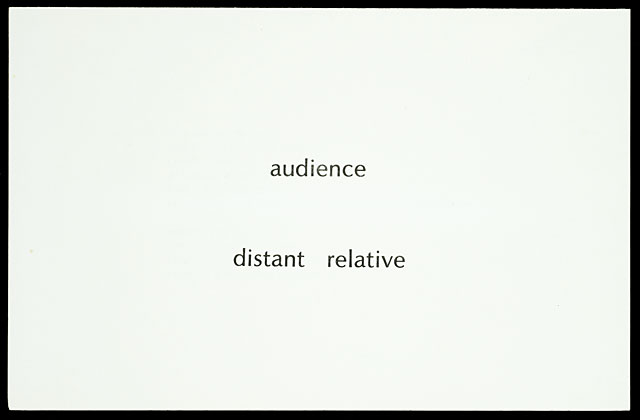 Cha’s film Mouth to Mouth reveals a mouth opening and closing, attempting to speak. You hear radio snow, the constant roar of the ocean. At the same time, you can hear what sounds like a swarm of flies. Thinking deeply about the difficulty of language and its ability to overwhelm, I recorded myself speaking Cantonese. In this clip, I use words from my childhood – the few words I know by heart. I didn’t mean to speak in a whisper, but the shame was overwhelming. Language as risk, as courage, as fear, as offering (Attribution: “Can’t Speak,” Jane Wong, Creative Commons).